Megadent is a Paintless Dent Repair company based in the UK and Australia, and has been operating worldwide since 1999.

Megadent Australia was formed in 2006, with the main workshop now based in Morabbin, Melbourne.

We specialise in the repair of hail damaged vehicles by the Paintless Dent Repair (PDR) method. All of our technicians are vastly experienced in PDR and have worked all over the world and on many makes and models of vehicles, so you know your car is in good hands when you choose Megadent Australia. 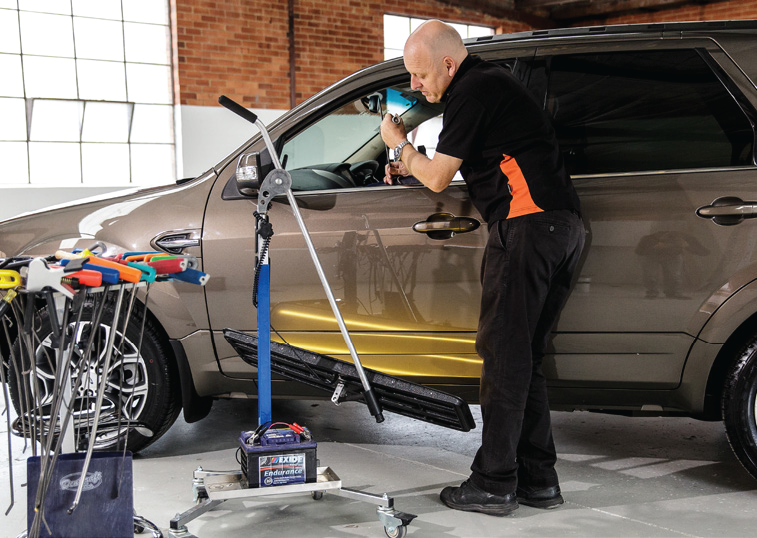 Since a move to Melbourne in 2010, Megadent Australia has formed a strategic alliance with Woods Accident Repair Centres, (including Woods GoRapid branches) the largest independently owned chain of panel shops in Australia. This partnership provides a unique opportunity to offer our customers a “one stop shop” that combines PDR with the more traditional repair methods on a large scale across Melbourne.  With the convenience of having everything under one roof and completing only the highest standards of repairs, there is no other choice when it comes to your car.

So, whether your vehicle has been damaged by a runaway shopping trolley, hail from the skies, a careless driver in a carpark or a well hit cricket ball, Megadent can come to the rescue.  Get in Touch For a Quote Now. 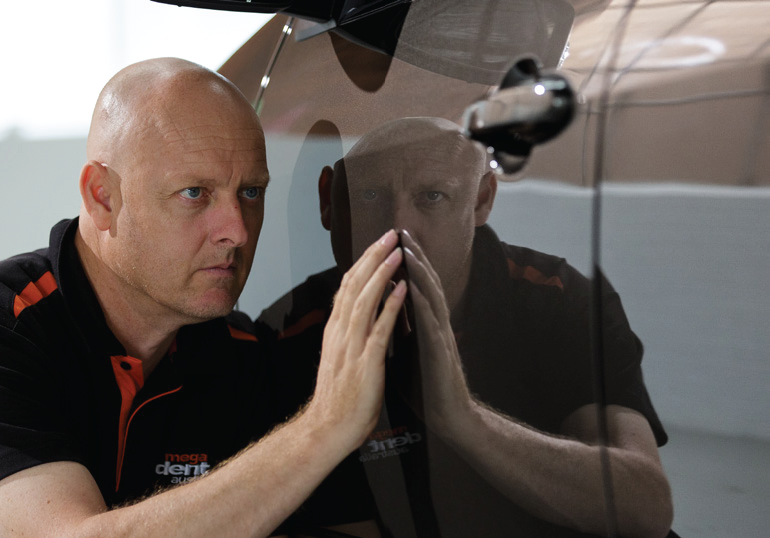 Dents on your car are annoying and can drastically reduce its value. Here at Megadent we have perfected the art of removing dents without filling and painting. This produces a much better result at a fraction of the cost.

Get in touch today!